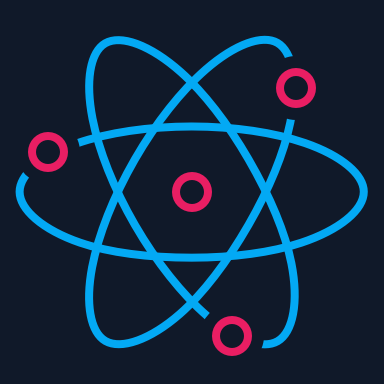 The aim of this project is to provide maintainable build scripts for the JavaScriptCore JavaScript engine and allow the React Native community to incorporate up-to-date releases of JSC into the framework on Android.

This project is based on facebook/android-jsc but instead of rewriting JSC's build scripts into BUCK files, it relies on CMake build scripts maintained in a GTK branch of WebKit maintained by the WebKitGTK team (great work btw!). Thanks to that, with just a small amount of work we should be able to build not only current but also future releases of JSC. An obvious benefit for everyone using React Native is that this will allow us to update JSC for React Native on Android much more often than before (note that facebook/android-jsc uses JSC version from Nov 2014), which is especially helpful since React Native on iOS uses the built-in copy of JSC that is updated with each major iOS release (see this as a reference).

There is a huge list of requirements that need to be installed on your system in order to be able to cross-compile JSC for Android. To simplify the process of setting up the environment we provide a Docker image that comes with everything you will need. If you decide to use our Docker image, the only thing you need to do is to prefix each command with this:

Don't want to use Docker

As mentioned the list of dependencies is huge, we tried to list everything that is needed below:

IMPORTANT: Remember to prefix each command with the appropriate Docker command given above when using our Docker image

The Maven repo containing the android-jsc AAR will be available at ./lib/android.

JSC library built using this project is distributed over npm: npm/jsc-android. The library is packaged as a local Maven repository containing AAR files that include the binaries. Please refer to the section below in order to learn how your app can consume this format.

How to use it with my React Native app

Follow steps below in order for your React Native app to use new version of JSC VM on android:

As a part of this project we provide a patch to the React Native source code that allows for measuring a React Native application's cold-start. The methodology behind this test is to modify the part of the code that is responsible for loading JS bundles into the JS VM such that we measure and store the execution time, and to modify the process of instantiating the bridge so we can run it multiple times. To learn more about how the perf tests work and how to perform them, refer to this document. Results for the Samsung Galaxy S4 are presented below, cold start has been measured on rather large React Native app with minified bundle of size at around 3M:

Starting with 216113.0.0 version, we provide two build variants which differ in i18n support.

By default we ship with no international support. Methods like Date.toLocaleString will act as Date.toString. String.localeCompare will just compare each character's byte value.

International variant includes ICU i18n library and necessary data allowing to use e.g. Date.toLocaleString and String.localeCompare that give correct results when using with locales other than en-US. Note that this variant is about 6MiB larger per architecture than default.

To use this variant instead replace patch from the third installation step with:

Note that using variant with i18n support will have some significant impact on the binary size as the ICU library will need to be distributed along with ICU-data library which contains data helpful with localizing numbers/dates/collation/etc for all possible locales. Here is the summary of all the libraries sizes (including JSC) when using i18n variant.

This project has been built in cooperation between Expo.io and Software Mansion