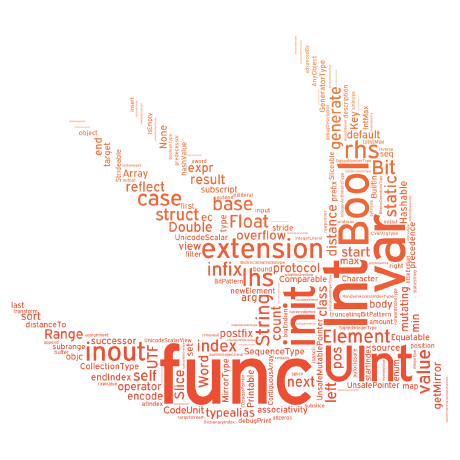 A package for generating documentation for Swift projects.

This project is under active development and is expected to change significantly before its first stable release.

Given a directory of Swift files, swift-doc generates CommonMark (Markdown) files for each class, structure, enumeration, and protocol as well as top-level type aliases, functions, and variables.

For an example of generated documentation, check out the Wiki for our fork of Alamofire.

Note: Output is currently limited to CommonMark, but the plan is to support HTML and other formats as well.

swift-doc can be used from the command-line on macOS and Linux.

Run the following commands to build and install manually:

swift-doc takes one or more paths and enumerates them recursively, collecting all Swift files into a single "module" and generating documentation accordingly.

By default, output files are written to .build/documentation, but you can change that with the --output option flag.

While there are plenty of tools for assessing test coverage for code, we weren't able to find anything analogous for documentation coverage. To this end, we've contrived a simple JSON format inspired by llvm-cov.

If you know of an existing standard that you think might be better suited for this purpose, please reach out by opening an Issue!

The diagram subcommand generates a graph of APIs in DOT format that can be rendered by GraphViz into a diagram.

Here's an excerpt of the graph generated for Alamofire:

This repository also hosts a GitHub Action that you can incorporate into your project's workflow.

The CommonMark files generated by swift-doc are formatted for publication to your project's GitHub Wiki, which you can do with github-wiki-publish-action. Alternatively, you could publish swift-doc-generated documentation to GitHub Pages, or bundle them into a release artifact.

From its earliest days, Swift has been fortunate to have Jazzy, which is a fantastic tool for generating documentation for both Swift and Objective-C projects. Over time, however, the way we write Swift code — and indeed the language itself — has evolved to incorporate patterns and features that are difficult to understand using the same documentation standards that served us well for Objective-C.

Whereas in Objective-C, you could get a complete view of a type's functionality from its class hierarchy, Swift code today tends to layer and distribute functionality across a network of types. While adopting a protocol-oriented paradigm can make Swift easier and more expressive to write, it can also make Swift code more difficult to understand.

Our primary goal for swift-doc is to make Swift documentation more useful by surfacing the information you need to understand how an API works and presenting it in a way that can be easily searched and accessed. We want developers to be empowered to use Swift packages to their full extent, without being reliant on (often outdated) blog posts or Stack Overflow threads. We want documentation coverage to become as important as test coverage: a valuable metric for code quality, and an expected part of first-rate open source projects.

Jazzy styles itself after Apple's official documentation circa 2014 (code-named "Jazz", as it were), which was well-suited to understanding Swift code as we wrote it back then when it was more similar to Objective-C. But this design is less capable of documenting the behavior of generically-constrained types, default implementations, dynamic member lookup, property wrappers, or function builders. (Alas, Apple's most recent take on reference documentation hasn't improved matters, having instead focused on perceived cosmetic issues.)

Without much in the way of strong design guidance, we're not entirely sure what Swift documentation should look like. But we do think plain text is a good place to start. We look forward to soliciting feedback and ideas from everyone so that we can identify those needs and figure out the best ways to meet them.

In the meantime, we've set ourselves up for success by investing in the kind of foundation we'll need to build whatever we decide best solves the problems at hand. swift-doc is built on top of a constellation of projects that take advantage of modern infrastructure and tooling:

These new technologies have already yielded some promising results. swift-doc is built in Swift, and can be installed on both macOS and Linux as a small, standalone binary. Because it relies only on a syntactic reading of Swift source code, without needing code first to be compiled, swift-doc is quite fast. As a baseline, compare its performance to Jazzy when generating documentation for SwiftSemantics:

Of course, some of that is simply Jazzy doing more, generating HTML, CSS, and a search index instead of just text. Compare its generated HTML output to a GitHub wiki generated with swift-doc.