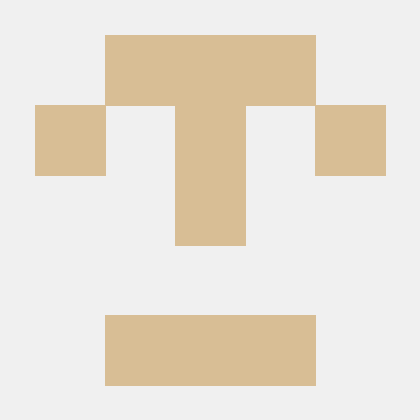 kind, like docker:dind but aims to make a full Kubernetes cluster available to test against in your CI pipeline. It is fast to startup and totally ephemeral, so you get a clean start for each CI run.

We run workloads in Kubernetes, and run our CI on Kubernetes too, but in our CI pipeline we wanted a way to have a quick and reliable way of having the current code under test, built, deployed and tested but then have the environment be torn down after testing. We initially considered deploying to a proper cluster but the overhead of pushing images to a registry just for a CI test, and the setup / teardown of resources was too much, we wanted something totally ephemeral so building on top of docker's dind made sense.

Not from what we can see, there are examples of other solutions to this problem, it seems mostly from the Kubernetes devs themselves, as a way to automate development of integrations or Kubernetes itself. We wanted something that was both ephemeral and really fast, none of the available options gave us all of that.

How does it work?

tl;dr; Building on docker-in-docker it uses minikube and kubeadm to bootstrap and pre-configure a cluster at build time that works at runtime.

The simplest way to get a Kubernetes cluster running in CI is to use minikube and start with --vm-driver none, this uses kubeadm to bootstrap a set of local processes to start Kubernetes. This doesn't work out of the box in dind as kubeadm assumes it is running in a SystemD environment, which alpine is not. It also downloads binaries and bootstraps the cluster everytime it is run which depending on your network and resources takes around 4 minutes.

To make this process fast, kind aims to move all the cluster bootstrapping to the container build phase, so when you run kind it is already bootstrapped and is effectively just starting the kubelet process with a preconfigured etcd, apiserver etc. To achieve this we need to initially configure kubeadm with a static IP that will be routable both during the build phase, and the run phase, we have arbitrarily chosen 172.99.99.1 for that address.

Doing this network trickery means we can move all the hard work into the build phase, and kind can startup fast. In our CI environment using kind a single node cluster comes up and is ready to use in 30 seconds, down from 4 minutes in the simple minikube implementation (3+ minutes is a lot in a CI pipeline!).

A further optimisation is to have the build phase docker pull any dependent images your Kubernetes resources will require, so when your CI process is deploying your Kubernetes resources it doesn't have to pull in any images over the network. To do this you will need to build your own version of kind and just overwrite the /images.sh file with the images your want to pull in.

kind is a docker image that only runs as --privileged, that is designed to be run as a CI service, where by it is accessible over a known interface, normally localhost. Much like docker:dind on which it is based.

Running it as a service means the container running your tests needs to know when kind is ready, and how to get the kubectl config to make cli calls. This is achieved via the config endpoint. By default this is exposed over port 10080 and is just a simple http server hosting files.

There are few important events that kind exposes:

Can I use it on my Cloud CI/CD provider?

Not sure as we are running this in an on-premise Gitlab install, but interested to hear feedback from people where it does or doesn't work. As above it is designed to be like docker:dind but with Kubernetes, so in theory anywhere docker:dind runs this should run, and like docker:dind it requires the container be launched as --privileged which generally cloud providers don't like.

An example Gitlab CI YAML would be :

To use generated kube config:

How to build for myself?

Pre-built images are available on dockerhub (https://hub.docker.com/r/bsycorp/kind/), but if you want to bake in your own images to make it as fast as possible, you will want to built it yourself.

Run ./build.sh <image name> to build the image. Add your custom images to /images.sh to have them be available at runtime. These environment variables are available to configure the build:

We use git submodules to pull in this project and then add images and CI configuration around it, but there are other ways to do it.

There are two hooks available during the kind build, before-cluster.sh and after-cluster.sh. As their names suggest they are run directly before and after the kube cluster is created.

Examples of this scripts exist in the repo already, but they can be overwritten / extended to add extra functionality.

How to pull images from a private registry?

Depending how you authenticate to your registry this can be a bit tricky. As the ./build.sh script actually starts a docker container and configures it, because of this the container running your build hook scripts won't have access to all the environment variables / binaries it normally would. To work around this we just write out the build hook script in our outer CI process dynamically during the build.

Then the before-cluster.sh hook will fire during the build and have all the details it needs to login and pull the private images.