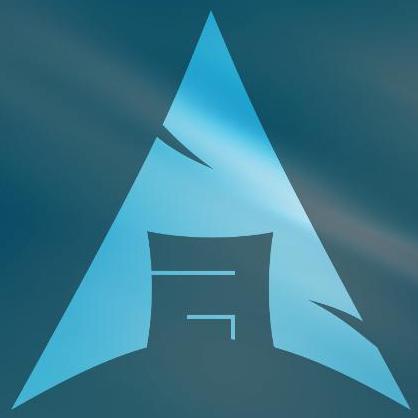 The lightweight Arch Linux based distro that runs upon any Linux distros without root access.

JuNest (Jailed User NEST) is a lightweight Arch Linux based distribution that allows to have disposable and isolated GNU/Linux environments within any generic GNU/Linux host OS and without the need to have root privileges for installing packages.

JuNest contains mainly the package managers (called pacman that allows to access to a wide range of packages from the Arch Linux repositories.

The main advantages on using JuNest are:

How different is JuNest from Docker and Vagrant?

Although JuNest sounds similar to a virtualisation/Linux container -like system, JuNest differentiate a lot between Docker and Vagrant. In fact, the purpose of JuNest is not to build a complete isolated environment but, conversely, is the ability to run programs as they were running natively from the host OS. Almost everything is shared between host OS and the JuNest sandbox (kernel, process subtree, network, mounting, etc) and only the root filesystem gets isolated (as the programs installed in JuNest need to reside elsewhere).

The first operation required is to install the JuNest environment in the location of your choice (by default ~/.junest, configurable via the environment variable JUNEST_HOME):

The script will download the image from the repository and will place it to the default directory ~/.junest.

By default, JuNest run via the Linux namespaces (aka ns) as the backend program. To access via ns just type:

You can use the command sudo to acquire fakeroot privileges and install/remove packages.

Alternatively, you can access root privileges without using sudo with the -f option:

Another execution mode is via Proot:

There are multiple backend programs, each with its own pros/cons. To know more about the JuNest execution modes depending on the backend program used, see the Usage section below.

If you are new on Arch Linux and you are not familiar with pacman package manager visit the pacman rosetta page.

In ns mode, you can easily install package from AUR repository using the already available yay command. In proot mode, JuNest does no longer support the building of AUR packages.

Remember that in order to build packages from source, base-devel package group is required first:

JuNest uses a modified version of sudo. That's why the original sudo package has to be ignored in the previous command.

In proot mode, the minimum recommended Linux kernel for the host OS is 2.6.32 on x86 (64 bit) and ARM architectures. It is still possible to run JuNest on lower 2.6.x host OS kernels but errors may appear, and some applications may crash. For further information, read the Troubleshooting section below.

Just clone the JuNest repo somewhere (for example in ~/.local/share/junest):

If you are using an Arch Linux system you can, alternatively, install JuNest from the AUR repository. After installing junest will be located in /opt/junest/

There are three different ways you can run JuNest depending on the backend program you decide to use.

In order to run JuNest via Linux namespaces:

This mode is based on the fantastic bubblewrap command.

Proot represents a portable solution that works well in most of GNU/Linux distros available. One of the major drawbacks is the fact that Proot is not officially supported anymore, therefore, Proot bugs may no longer be fixed.

In order to run JuNest via Proot:

This solution suits only for privileged users. JuNest provides the possibility to run the environment via chroot program. In particular, it uses a special program called GRoot, an enhanced chroot wrapper, that allows to bind mount directories specified by the user, such as /proc, /sys, /dev, /tmp and $HOME, before executing any programs inside the JuNest sandbox. In case the mounting will not work, JuNest is even providing the possibility to run the environment directly via the pure chroot command.

In order to run JuNest via chroot solutions:

The following table shows the capabilities that each backend program is able to perform:

You can build a new JuNest image from scratch by running the following command:

The script will create a directory containing all the essentials files in order to make JuNest working properly (such as pacman and proot). The option -n will skip the final validation tests if they are not needed. Remember that the script to build the image must run in an Arch Linux OS with arch-install-scripts and the base-devel packages installed. To change the build directory just use the JUNEST_TEMPDIR (by default /tmp).

After creating the image junest-x86_64.tar.gz you can install it by running:

For more details, you can also take a look at junest-builder that contains the script and systemd service used for the automatic building of the JuNest image.

The following command will download the ARM JuNest image and will run QEMU in case the host OS runs on x86_64 architecture:

To bind a host directory to a guest location, you can use proot arguments:

Although JuNest has not been designed to be a complete container, it is even possible to virtualize the process tree thanks to the systemd container. The JuNest containter allows to run services inside the container that can be visible from the host OS through the network. The drawbacks of this are that the host OS must use systemd as a service manager, and the container can only be executed using root privileges.

To boot a JuNest container:

If GRoot fails for some reasons in the host system (i.e. it is not able to mount one of the directories), JuNest automatically tries to fallback to the classic chroot.

Automatic fallback for all the dependent host OS executables

JuNest attempts first to run the executables in the host OS located in different positions (/usr/bin, /bin, /usr/sbin and /sbin). As a fallback it tries to run the same executable if it is available in the JuNest environment.

Automatic building of the JuNest images

There is not periodic automation build of the JuNest images yet. This was due to the difficulty to automate builds for arm architecture. The JuNest image for the x86_64 is built periodically every once every three months.

There are static QEMU binaries included in JuNest image that allows to run JuNest in a different architecture from the host system. They are located in /opt/qemu directory.

For Arch Linux related FAQs take a look at the General troubleshooting page.

Q: Why do I get the following error when I try to install a package?

A: JuNest comes with a very basic number of packages. In order to install AUR packages you need to install the package group base-devel first that contains all the essential packages for compiling from source code (such as gcc, make, patch, etc):

Remember to ignore sudo as it conflicts with sudo-fake package.

Q: In ns mode when installing package I get the following error:

A: This is because as fakeroot is not possible to set the owner/group of files as root. The package will still be installed correctly even though this message is showed.

No servers configured for repository

Q: Why I cannot install packages?

A: You need simply to update the mirrorlist file according to your location:

Locate the package for a given file

Q: How do I find which package a certain file belongs to?

Alternatively, you can use directly pacman command only. Take a look here.

A: This is because the binaries from the precompiled package are compiled for Linux kernel 2.6.32. When JuNest is started without further options, it tries to run a shell from the JuNest chroot. The system sees that the host OS kernel is too old and refuses to start the shell.

The solution is to present a higher "fake" kernel version to the JuNest chroot. PRoot offers the -k option for this, and JuNest passes this option on to PRoot when -p is prepended. For example, to fake a kernel version of 3.10, issue the following command:

As Arch Linux ships binaries for kernel version 2.6.32, the above error is not unique to the precompiled package from JuNest. It will also appear when trying to run binaries that were later installed in the JuNest chroot with the pacman command.

In order to check if an executable inside JuNest chroot is compatible with the kernel of the host OS just use the file command, for instance:

Q: Why do I get the warning: "kompat: this kernel doesn't support private futexes and PRoot can't emulate them."?

A: This happens on older host OS kernels when the trick of showing a fake kernel version to the JuNest chroot is applied (see above: Kernel too old).

The consequence of showing a fake kernel version to the JuNest chroot is that in the background, PRoot needs to translate requests from applications in the chroot to the old kernel of the host OS. Some of the newer kernel functionality can be emulated, but private futexes cannot be translated.

Private Futexes were introduced in Linux kernel 2.6.22. Therefore, the above problem likely appears on old Linux systems, for example RHEL5 systems, which are based on Linux kernel 2.6.18. Many of the core tools like which, man, or vim run without problems while others, especially XOrg-based programs, are more likely to show the warning. These are also more likely to crash unexpectedly.

Currently, there is no (easy) workaround for this. In order to be fully compatible with kernels below 2.6.22, both the precompiled package from JuNest and all software that is installed later needs to be compiled for this kernel. Most likely this can only be achieved by building the needed software packages from source, which kind of contradicts JuNest's distro-in-a-distro philosophy.

Q: Why I do not have permissions for ping?

No characters are visible on a graphic application

Q: Why I do not see any characters in the application I have installed?

A: This is probably because there are no fonts installed in the system.

To quick fix this, you can just install a fonts package:

Differences between filesystem and package ownership

Q: Why do I get warning when I install a package using root privileges?

A: In these cases the package installation went smoothly anyway. This should happen every time you install package with root privileges since JuNest will try to preserve the JuNest environment by assigning ownership of the files to the real user.

Q: Why do I get this warning when I run JuNest via Linux namespaces?

A: This means that JuNest detected that the host OS either does not have a newer kernel version or the unprivileged user namespace is not enabled at kernel compile time. JuNest does not stop the execution of the program but it attempts to run it anyway. Try to use Proot as backend program in case is not possible to invoke namespaces.

Q: Why do I get this warning when I run JuNest via Linux namespaces?

A: This means that JuNest detected that the host OS either does not have a newer Linux version or the user namespace is not enabled. JuNest does not stop the execution of the program but it attempts to run it anyway. If you have root permissions try to enable it, otherwise try to use Proot as backend program.

There are additional tutorials in the JuNest wiki page.

Contributions are welcome! You could help improving JuNest in the following ways:

To sustain the project please consider funding by donations through the GitHub Sponsors page.

JuNest was originally created in late 2014 by Filippo Squillace (feel.sqoox@gmail.com).