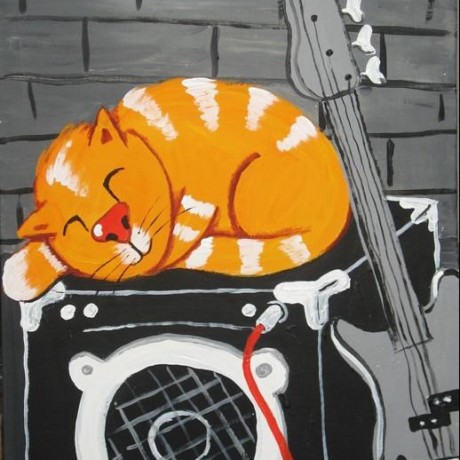 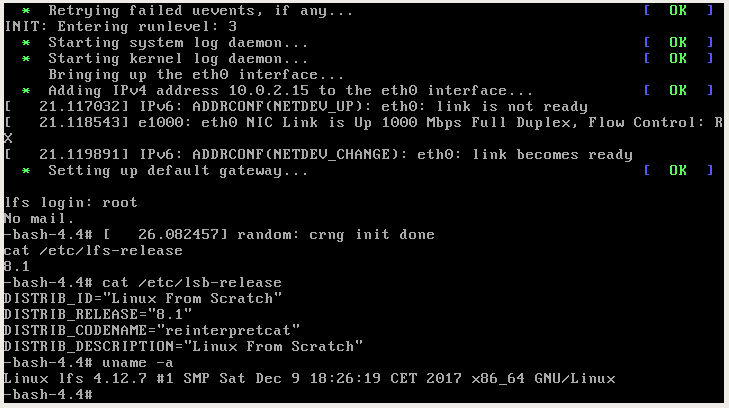 At the moment, I don't have plans to update scripts to the latest LFS versions. However, pull requests are welcomed.

General idea is to learn Linux by building and running LFS system in isolation from the host system.

Scripts are organized in the way of following book structure whenever it makes sense. Some deviations are done to make a bootable iso image.

Use the following command:

Please note, that extended privileges are required by docker container in order to execute some commands (e.g. mount).

Final result is bootable iso image with LFS system which, for example, can be used to load the system inside virtual machine (tested with VirtualBox).

If you have problems with master branch, please try to use stable version from the latest release with toolchain from archive.

This work is based on instructions from Linux from Scratch project and provided with MIT license.